There are only three RC model car power drive modes, oil drive, methanol drive and electric drive, in order to help you understand more intuitively the characteristics of different power modes of RC model cars. We will briefly analyze each power mode according to its characteristics and advantages. 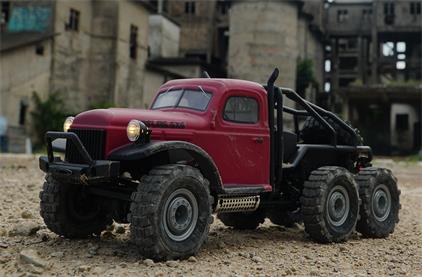 The first one is electric RC model (Electric Powered), or EP for short. This type of RC model car generally uses electricity as power, outputting electrical energy to the motor, which then transmits the power to the wheels through the gears to provide the driving force for the whole car.

1. the operation inertia of electric RC model car is small, so it is easy to control, and the beginners don't need to practice too much to be familiar with it like oil RC model car.

3. electric RC model cars do not need to buy and fill fuel repeatedly, and only need to recharge and reuse repeatedly, which is environmentally friendly and pollution-free.

The basic characteristics of oil-powered RC model cars are:

1. simple structure and high strength of the frame, so the damage rate is relatively low, stable performance and easy maintenance.

2. The oil-operated RC model car engine is simpler to operate, and the range of oil needle setting is relatively small, so it is good for beginners to get started.

3. Most of the oil-operated RC model car engine is installed in the middle of the frame, so the center of gravity of the whole car is generally located in the middle back, which is the same as the center of gravity of most of the world's supercars, so the oil-operated RC model car handling flexibility, fast speed, and smooth walking.

4. Oil RC model car itself weight and volume, the requirements for the road is not as demanding as the small-scale model car, and because the oil RC model car four-wheel independent suspension, with a large stroke hydraulic shock, so the oil car road travel ability is very strong.

Should you have interest in any of our RC planes or RC cars, feel free to leave a message and our staff is here at your service and will get back to you within 24 business hours.